This summer I spent a month in Accra, Ghana executing a Water, Sanitation, and Hygiene (WASH) program in a local school.  The program was aimed in teaching children about issues pertaining to WASH whiles allowing the children to develop a project that they felt could help with some of the issues they discussed. The teaching style was done in a project based manner. Hence, the students did multiple mini projects to learn about the issues that surround water, sanitation, and hygiene.

During the first week, the main focus was on water related issues. We

started off by having a general discussion on the importance of water as well as general facts of what water is. This was followed up with a discussion on the importance of safe drinking water, how to distinguish between safe and unsafe drinking water, and how to purify water. After each topic discussion, we had the students write new things that they had learned. Most of the discussion involved proposing questions to the students and having them discuss with their peers. This allowed for them to think critically about the issues and share out the information to each other. This depicted that the students had some knowledge on the issues and by coupling the discussions with interactive presentations we were also able to provide more information. Additionally, we showed them a movie that discussed the importance of water and how lack of it and safe drinking water affected communities around the world. This forced the students to think of their home communities and how they may be affected and what change could be done in the slightest manner.

During the second and third week, we discussed sanitation and hygiene related issues. We had the students break up into six different groups. Each group was given a topic to educate the rest of the students on. For instance, one group was given the topic of good hygiene practices. Hence this group came up with a skit performance on what constituted good hygiene practices. The students were able to use what they had learned from the discussions and presentations to put together informative skits in which they performed for the school during an assembly meeting.

The last week was devoted to executing a project of the students choosing that would aid in solving WASH issues. The students decided that they wanted to create posters to put up around their school and in some of their neighborhoods that discussed these issues as a tool for educating their communities. This allowed the students to feel empowered with knowledge and give them a sense that they can be change makers. 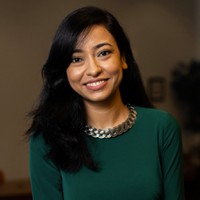 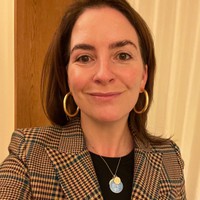