Summer in the Entertainment Industry

This entry is by Anna Rachelle Frederic, COL ’20 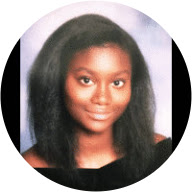 I was given the incredible opportunity to partake in a summer internship in film and television programming. I learned an immense amount of skills in my pursuit of a career in the entertainment industry (screenwriting and film and TV production). It was amazing to learn about the inner workings of entertainment development, more specifically film and television, which is a field that greatly intrigues and excites me. I learned much about the complex and ever-changing industry, and I am very much looking forward to a real career in this field in the near future.

As an English major with a concentration in Cinema and Media Studies, I have not only explored my passion for cinema and entertainment in the classroom, but I was able to apply what I have learned so far into the real-life production side of the industry. Throughout the summer, I developed and honed my visual awareness and perceptual acuity pertaining to creative affairs. In only a short time, I have not only learned the basic tenets of what it takes to manage programming the behind the scenes, but I have become acquainted with the business of entertainment production.

Being able to pursue this opportunity as a programming intern would not have been possible without the help of Career Services. Luckily, I didn’t have to let this opportunity pass me by because of financial infeasibility, as I was able to afford necessities like housing and transportation through the generous funding for the three months I was in California. I gained invaluable  knowledge of programming, which encourages me to pursue my desire to ensure the stability, inclusivity, growth and enrichment of the entertainment community at large.