Women Who Code CEO Alaina Percival on How to Achieve Gender Parity in Tech was originally published on Springboard. 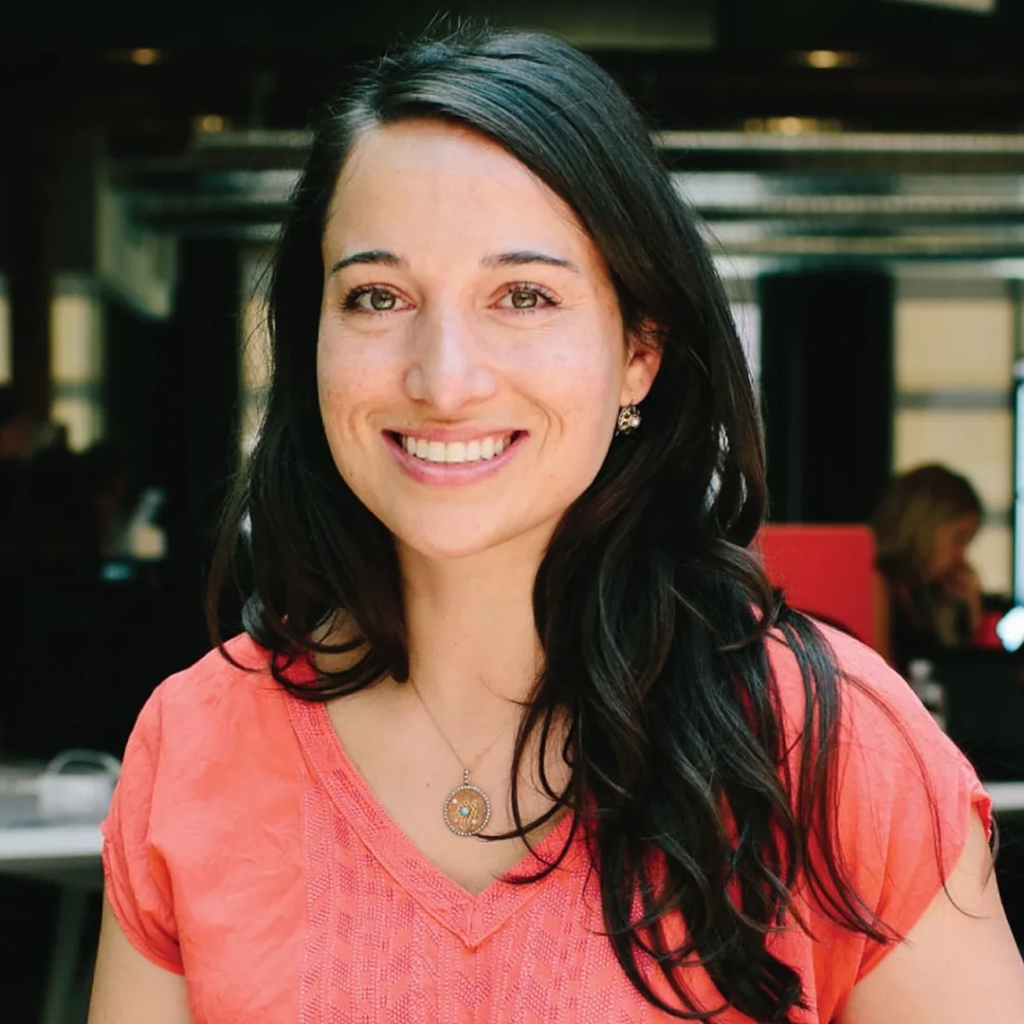 While there are plenty of programs designed to encourage more women to join the tech industry, companies aren’t investing in retaining the women who are already in the workforce, says Alaina Percival, CEO of Women Who Code. Hence why the attrition rate for women is twice the rate for men. Women Who Code is a Springboard partner and global nonprofit dedicated to inspiring women to excel in technology careers. Under Percival’s leadership, the organization has grown to serve more than 250,000 members in 122 countries.

Percival spent a few years in product-focused roles, including a three-year stint as an international product manager at PUMA in Germany, before deciding to teach herself how to code. Now, she leads an organization that helps women acquire the right leadership skills to land senior positions in the tech industry. We sat down with Percival to hear more about her own journey and her thoughts on what it takes to achieve gender parity in tech & STEM careers.

Tell me about your background and your journey to becoming the CEO at Women Who Code.

After I moved back to the States and finished grad school, I took a role at an [athletic] performance shoe company where we were launching the first-ever women’s volleyball and basketball shoe. This was the moment in my professional career where I felt I was getting into the women’s empowerment space. I’m at this tiny company where Nike and Mezuno are our biggest competitors, and I’m hearing stats like “90% of volleyball players are in the U.S.” but there isn’t a volleyball shoe designed specifically for women.

Then I had an opportunity to move out to the Bay Area. I’d had a really successful career in product, but I was having trouble transitioning into the tech industry. So I started learning to code and rebuilding my career but with a tech focus.

That’s when I got involved with Women Who Code and [fell in love with] this idea that women deserve to have a place where they feel they belong in the tech industry. And then something happened. The industry really started talking about teaching girls and women how to code.

Women Who Code was this almost like this small secret club at the time—this amazing community of women that was helping other women to gain skills, make friends and find a sense of belonging in tech. It woke me up to the fact that people around the world needed to have that as well. In my career I saw that fewer than five percent of women were getting top executive technology roles. So the mission came out of seeing that and building programming inspired by what successful people in the industry were already doing. At that point I formed the nonprofit that Women Who Code is today and started my path to becoming the CEO.

At Women Who Code, you started a program to help women in India transition back into the tech industry. Why do so many women leave the industry, and what does it take for them to return?

There are a couple of reasons. Women leave at a higher rate than their male counterparts because of family obligations, and that’s a stronger reason in certain parts of the world than in others. But another reason—and one that can be changed very easily—is that women in technical positions are being “encouraged out” of their role.

Say a woman shows an aptitude for working with people and [managing] projects. Instead of promoting her into a leadership role, they say to her, “Have you thought about becoming a recruiter?”  Or she’ll be very good at thinking through the product and they’ll say, “Have you thought about becoming a marketer or product manager?” That doesn’t happen to male counterparts. So it creates a sense of “Do I really belong here? Do I have the right skill set to be here?” And it results in her not being promoted and not being compensated for the skills that she’s bringing to her team.

Why does that happen? Is there a perception that a woman might leave her job to take care of her children?

Employment gaps are still stigmatized, which unfairly penalizes women who take a break from work to raise kids. What can we do to combat this stigma?

By offering parental leave rather than just maternity leave and normalizing both parents taking time off. It’s so important because in those early months [of raising a child] you develop lifelong habits. If a mother takes time off, say six months, that means she’s spending six months owning the majority of the workload of childrearing. Whereas if both parents are on leave at that time, then you normalize both parents [sharing responsibilities] and so it won’t be as much of a strain for the next 18 years if your duties are balanced.

Many barriers keep young women from learning how to code, such as university courses that prior coding experience. Data shows that college-age women are less likely to have coding experience than men. How does this affect women who decide to learn programming later on in their careers?

In all the time I’ve been working with Women Who Code, I definitely see that if you have had coding experience at a younger age or during your schooling, it’s a major advantage. People with coding experience learn to code much faster than someone who doesn’t. That really needs to be addressed at the primary school level; it needs to be part of the core curriculum the way math, science and English and social studies are all part of the core curriculum.

Reshma Saujani, the founder of Girls Who Code, wrote in a blog post that simply exposing girls to coding at a young age isn’t enough; they need support systems throughout their career, from choosing a university major to dedicated career services. What are your thoughts?

I think this is important for girls and younger women but also for other underrepresented and marginalized communities in the tech industry and for people from low-income families. If you offer coding classes as part of the core curriculum in schools, you’re not [passing over] people who don’t have access to fancy summer camps and private schools that offer these specific programs.

What are some support systems you had (or felt you were missing) while you were building your tech career?

I had Women Who Code. What we offer is the space to build your leadership skills as part of our core programming. You get to step up as a leader in the industry and we give you an audience to lead and the opportunity to demonstrate those leadership skills that can help you land more senior positions.

Just 38% of women who majored in computer science are working in the field compared to 53% of men, according to the National Science Foundation. What is the reason for this gap?

This goes back to what I was saying earlier about women being “encouraged out” of certain careers. I had a friend who graduated with a master’s degree in software engineering from Stanford and when she went to interview at a very well-known company, they asked her, “Have you thought about marketing?”

Let’s talk about the role employers play in perpetuating the gender gap. Companies like Google offer diversity scholarships and the longest maternity leave in the industry, but work/life balance is poor. What effect does this have on women in the workforce?

The most important thing for companies to invest in is the people in the industry—and more importantly, their employees. They need to make sure they identify barriers to being successful in the industry and also measure where the breaks are so that we understand why one group gets promoted and another doesn’t. One issue I see frequently is project allocation. If you get put on the projects that are back-of-the-house or projects that are unlikely to succeed, you’re not going to be the person who gets promoted. But if you’re put on the high-profile projects that bring in revenue and customers, you’re more likely to get promoted and get a raise.

It’s about evaluating the needs of your employees. If Google loses an engineer, it costs them about $195,000 to replace that engineer, and that doesn’t include the opportunity cost of lost productivity. Invest in retaining people and help them find their path within the organization.

There’s a lot of self-help literature out there about what it takes to succeed in the corporate world, which is mostly about visibility and publicizing your achievements, something a lot of women say doesn’t come naturally to them.

Not only does it not come naturally to them, but women are penalized for celebrating their successes. It’s uncomfortable for women to talk about their career successes and it’s uncomfortable for society to hear it. I recognized that when I was speaking to the director of engineering from a major company. Since starting her new role she said she had been embarrassed to update her LinkedIn profile [to reflect her new job title].

If we are unable to elevate our successes because of social and cultural barriers, they won’t be heard.

Absolutely. It is improving, we’ve seen an increase in [female participation] in the tech industry across all levels. That first level of leadership is still a barrier because a woman who’s an individual contributor does not yet have the demonstrated leadership experience whereas men get promoted based on their potential.

We [at Women Who Code] believe we can increase the potential of women in tech leadership roles by 28% over the next five years if we’re able to get the funding to grow our leadership program.

What is your proudest achievement at Women Who Code? Can you share a story that stands out to you?

My proudest achievement is certainly the individual impact stories that I hear from our community, our members and our leaders. One example that stands out to me is one of our directors in Toronto, when she stepped up she was an individual contributor and she got promoted within six months to lead at her company. In under a year, she sent us a Slack message celebrating that she had gotten a new job as a director at a new company, and now she’s a VP.

Check out our other great content honoring women working in tech. Springboard is a proud partner of Women Who Code in addition to offering several scholarships for women in tech.