Why Celebrate Juneteenth? was originally published on Idealist Careers. 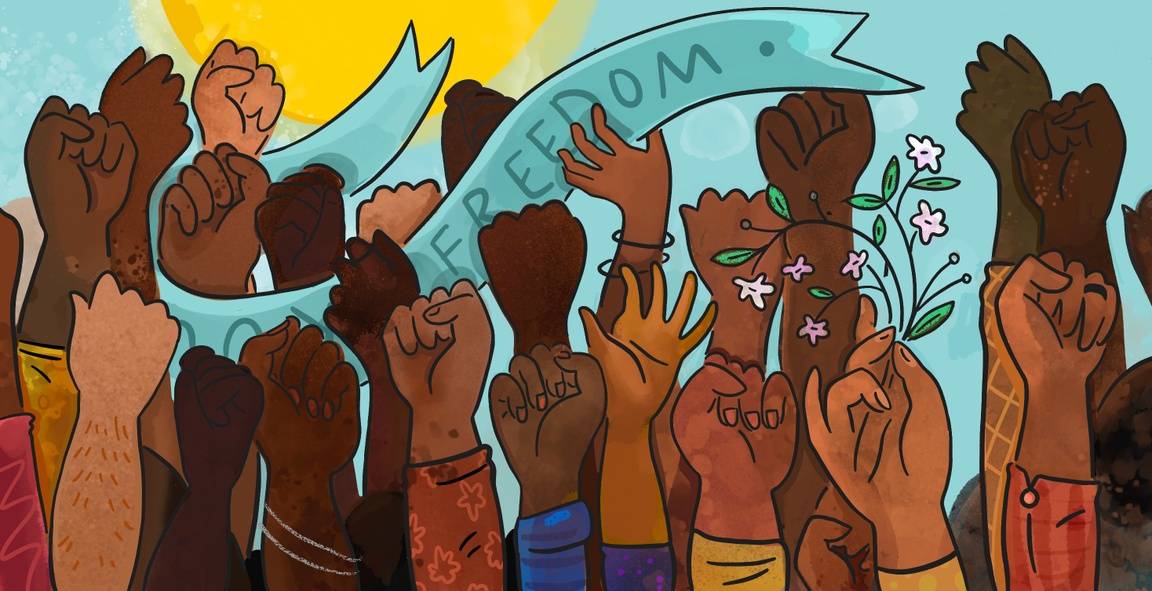 Alongside a growing number of employers across the country, the Idealist office is closed on Friday June 18 in celebration of Juneteenth (which falls on a Saturday this year), in commemoration of the official ending of slavery in the United States on June 19th, 1865.

We strongly believe that nonprofit organizations, public institutions, and private companies alike all have a role to play in helping to establish Juneteenth as a national holiday. By halting our own operations for the day, we are joining employers around the U.S. in taking time to reflect on our past and take action for a better future.

On this day in 1865, Texas became the last state to declare an end to slavery. While the Emancipation Proclamation had come into effect in 1863, it took more than two years for it to be enforced in Texas, the most remote slave state in the union. Today, Juneteenth is the oldest nationally celebrated commemoration of the ending of slavery in the U.S.

The day is celebrated by many throughout the country, and yet it is still not recognized as a national holiday. And in fact, while certain locales made an informal commitment in 2020 to make Juneteenth an official city holiday, in some cities, it seems that little progress has been made. That’s why it’s important for nonprofit organizations, politicians, athletes, companies, and public figures across the United States to join the call to make Juneteenth a national holiday.

Among those fighting for Juneteenth’s official, formal, and national recognition is the San Francisco-based creative collective, Hella Creative, which launched the Hella Juneteenth campaign in 2020. Here is what the Hella Creative team has to say about why they are demanding the day have the same status as other federal holidays:

“Most Americans are familiar with the historical significance of July 4th, 1776. We celebrate gaining our independence and declaring ourselves free from British rule. Though the Declaration of Independence declared that all men were created equal, and endowed with unalienable Rights, these freedoms were never extended to African Americans until 1865. Systemic racism continues to deprive, harm, and murder with impunity. Even presently, life, liberty, and the pursuit of happiness still feel denied to Black America. As this year marks the 155th year since the final slaves were freed, it’s time for historical steps forward.”

Urge your employer to observe Juneteenth

Even though the federal government isn’t on board yet, more and more employers are making Juneteenth a paid holiday. If your employer did not make the decision to celebrate Juneteenth this year, that means you have a whole year ahead of you to make your case. Here some suggestions to get you started: