Embarking on My Independent Research Project

This entry is by Vanessa Dib, COL ’22 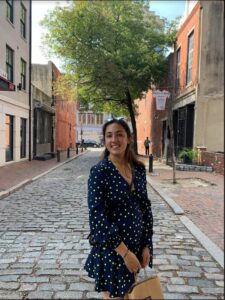 During the first month of conducting the research, I realized that much of what I thought and knew about global environmental politics was incomplete or simplified. First of all, there are a tremendous number of actors involved whether it be heads of state or governments, NGOs, intergovernmental organizations, corporations, and so on. All of these actors play critical roles in shaping negotiations, signing, and ratification of international environmental treaties. Furthermore, even though I was focusing on the topic of international politics, domestic politics does have an impact on international negotiations and the interactions between head of states. Slowly sifting through the literature, I was able to grapple with the complexity of the issue that I wanted to conduct my research project on. I soon met my first obstacle which was the need to focus on a more specific issue. After brainstorming and speaking with my professor who was supervising my project, I decided to focus on Greenpeace and its campaigns in pressuring the U.S. government to comply with the 1997 Kyoto Protocol.

Over the next two months, through researching archival newspapers, scholarly literature, and even having interviewed a Greenpeace campaign manager, I was able to forge a rudimentary connection between how Greenpeace adapted its strategies in pressuring the U.S. government to comply with the Protocol in the wake of varying domestic political and social landscapes. Though it was tedious to find such a connection, it was exciting to build on the work of Robert O. Putnam’s two level game regarding domestic politics and international diplomacy.

Overall, through the course of conducting my research project, I had to learn and adapt in ways that I have never had the opportunity to do so in my coursework and extracurriculars. Since it was my project, I had to take responsibility in assigning myself tasks and organizing my time in an efficient manner to complete my research. I also had to challenge myself by brainstorming, analyzing, and critical thinking about my work which was novel to me considering I usually have a professor providing instructions. In the end, by pursuing my own research project this summer, it has further fueled my interest in research, as well as my motivation to pursue graduate school in the area of international politics.