The Career Services office will be closed on Wednesday, March 25th for a staff retreat. 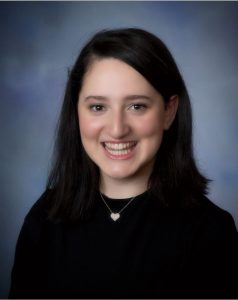 This summer I had the pleasure of working at Broadway Plus, an incredible company forging the way in expanding Broadway opportunities for artists and fans. I was very excited by the initial offer to not only work for this company, but to work in-person in their New York City office as well. After having done school and worked remotely for the previous year and a half, it was refreshing to even think about working in an office with similarly passionate Broadway professionals. The one thing I had to grapple with was the idea of commuting in and out of New York in order to get to my office every day. With this grant from Penn, I was able to take the train and be in the office, which was truly the best experience I could have had.

I was able to not only work in an industry that I loved (a block away from Broadway theaters), but I was able to sit next to a former actress from Wicked as well as a former employee of The Shubert Organization. I had my own desk and computer and was able to work all of my hours sitting among wonderful people who taught me so much about working in theatre. Since I was in the city, I was also able to take my co-workers out to lunch in order to learn more about their backgrounds and experiences.

Additionally, I had the ability to stay in New York some days without having to worry about paying for new trains because of my monthly Amtrak pass. As a result, I was lucky enough to go to Broadway events like the Make a Wish concert Broadway Plus hosted in early August. This was also such a valuable experience and offered much insight into the world of producing Broadway events, an area I am now very interested in further exploring. I truly feel like I had the complete Broadway experience this summer. Even though the commute was difficult at times, I was able to use that time to work as well as unwind, so it ended up being productive in its own right.

I am so grateful for my experience this summer, especially since it was so unique. In a world where Broadway was still shut down, I couldn’t have imagined having the opportunity to work in the city, but I am so glad that I did. While I have been working in this industry since I was 16, this job was so different from the other positions I have held and I had the ability to truly flex the skills I had cultivated from years prior as well as discover new skills and work on those. I became a better researcher, note-taker, and listener this summer, as well as a better teammate because of my fellow interns and co-workers.

I know this opportunity would not have been possible had I not received the money I did from Career Services and I am so grateful that I was able to work this job. My new internship for the fall was even a result of a coworker’s connection. I cannot wait to explore more parts of Broadway in the future with this experience in my back pocket.