This entry is by Liam Alexander, COL ’22 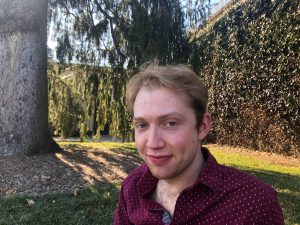 During my time at Penn, I’ve become increasingly convinced that a career in the world of politics or policy might be the best path for me to make myself useful. So I knew that last summer, I wanted to find opportunities to try out this kind of work and learn a lot; both about how the political world works and about the part I might want to play in it.

I’ve recently become particularly interested in science & technology policy, believing that policy decisions in these domains will be important in making sure that people’s lives are going well in the coming years, especially as new transformative technologies like AI and biotechnolgoy become more powerful and more democratized, potentially upending many lives.

So, when I heard about the opportunity to do research as an intern under my professor, James McGann, on how think tanks across the globe study and influence science & technology policy as a part of his Think Tanks and Civil Societies Program, I was excited. And with Penn’s summer funding, I was able to take this position when I would have otherwise been unable to do so. Through this internship, I learned a lot about the ways in which think tanks around the world can shape policy in science and technology, and found that there are think tanks specializing in countless types of technology policy, for technologies that I didn’t even know existed. I worked with a great team of interns from across the country to produce a report surveying the think tank landscape, a report we then presented to a team of think tank experts. I personally got to write chapters on AI policy, fintech, automation, and “longtermist” think tanks.

In addition, Penn’s summer funding allowed me to work on an exciting Senate campaign in North Carolina. A small and growing team, they couldn’t yet afford to pay interns the way they’d like. At first, I thought this meant that I wouldn’t be able to afford to spend much time working on this campaign that I cared a lot about. However, due to the summer funding award, I was able to help organize a series of town halls across the state, write memos on the results of North Carolina’s 2020 senate race, and compile information about some of the candidate’s key policy positions.

I learned a lot about how campaigns are structured, the way a small team can improvise and adapt, and found that I enjoyed political work much more than I thought I might. This has made me consider some career options post-graduation that I wouldn’t have pursued before.

Penn’s summer funding allowed me to explore two exciting opportunities this summer which gave me the kinds of skills and experiences that will help me to pursue my passions and better the world throughout the rest of my career.