The Center for the Advancement of the Steady State Economy

This entry is by Matthew Sheeler, COL ’23 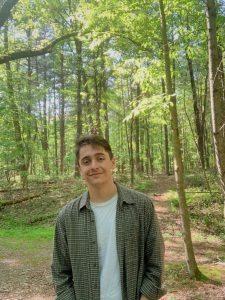 During my summer at the Center for the Advancement of the Steady State Economy (CASSE), I was fortunate enough to explore a niche area of my academic interests—which wouldn’t have been possible without the funding provided by Penn Career Services. As an economics and environmental studies double major in the College of Arts & Sciences, my interests lie heavily in social impact. Coming into the summer, I hoped to deepen my understanding of the sustainability and economic development space, and CASSE gave me the opportunity to achieve that.

As an organization, CASSE serves as a non–profit that both presents research and legislative pressure in topics such as economic growth and environmental and ecological protection. During my role, I first investigated ecological economic theories to immerse myself in this specific discipline. This included researching topics like the trophic structure of the economy and circular economics. I then was presented with a project where I individually investigated the implementation of a new circular economic model, known as Doughnut Economics, in Amsterdam. I conducted an analysis of the model and published a comprehensive briefing statement that debated the success of the implementation. During this project, I was able to get my feet wet in some areas that I will now be exploring in my courses at Penn. As a double major in economics and environmental studies, there is a lot of overlap in studying societal effects of businesses and development. By analyzing a real–life, new economic model used in Amsterdam, I researched life cycle analysis of materials in Amsterdam, effects of waste streams, social wellbeing, and the overall relevance and success of the framework the city used to measure it’s implementation. Later, to finish out my time with CASSE, I was added to a project where I worked directly with a PhD student an ecological economist, and several other interns. As a team, we conducted data analysis in different disciplines, mine being the correlation between economic growth and biodiversity loss. By analyzing data on species declines across different regions of the world, and specifically the US, and evaluating that data with economic development parameters.

These projects allowed me to refine my academic interests to the cross-section of my majors—sustainable business development which has opened up the opportunity to continue in this space. Working for CASSE, an organization that recognizes there are limits to economic growth, and the importance of addressing economic and environmental crises intersectionally has been incredibly rewarding. And I wouldn’t have been able to build these connections and skills in this specific space, without the funding to support myself that was provided to me.