The Wonders of the Brain 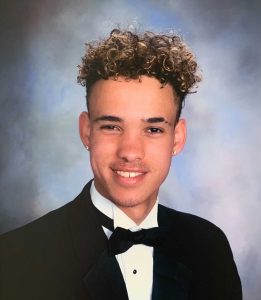 As a rising sophomore at the University of Pennsylvania, getting my hands-on research was something that seemed so far off, an experience with many ups and downs.

Being a part of the Pre-Freshman Program, which introduced incoming freshman to Penn a month early, helped me get a hold of the campus and life concerning Penn. Following the program, New Student Orientation started, in which many department heads gave virtual talks. We had to attend three of them, and one of the ones I chose was led by, little would I know, my future PI, Marc Schmidt, also co-director of the neuroscience program at Penn. I still remember him emphasizing to all our scared faces not to join research as a freshmen as we are just getting adjusted. Did I listen? No. What did I do? I emailed him right after asking if I could join. He responded with a yes, which surprised me based on what he said earlier.

With my experience with obsessive-compulsive disorder (OCD) since freshman year of high school, I became interested in how the brain controls both intentional but also unintentional behavior. From cleaning the first set of white shoes for four hours, neuroscience became more of a clear path for me to take. I wanted to understand the brain of others, including my own, more.

Fast forward a bit, and here I am at my desk in an apartment, learning much more during the summer after learning an abundant amount from both my mentor and PI in the Schmidt Lab in Carolyn Lynch Laboratories. I remember seeing my mentor and PI discuss and do these interesting stains and make these elaborate plans, while I sat there, wide-eyed and mouth slightly ajar. After taking my first neuroscience course and being in the lab more, let’s just say my eyes have become a bit less wide-eyed and my mouth more open since I actually talk and input. From taking care of birds to sectioning and staining to assisting with neurosurgery, I did not know I could absorb so much compared to the school year with many classes to take, always having to choose between work and rest.

Through all of these new lab techniques I have learned, I could help by mapping neural circuitry within the songbird. The songbird is a very good model to use due to their singing capability and neuronal activity. Assisting my PI with retrograde and anterograde labeling Cholera Toxin Subunit B conjugated with Alexa Fluor and electrodes to record, my main goal for the summer was to practice and map out the circuitry involved in motor function relating to song production. This begins from the forebrain RA (robust nucleus of the arcopallium) to the midbrain structures DM (dorsomedial nucleus of the intercollicular complex) and ICo (intercollicular complex), which make up the homolog of the mammalian PAG (periaqueductal gray) to the brain stem RAm (nucleus retroambigualis), a region responsible for expiratory respiration, which is significant for song vocalizations in different settings.

A future goal would be more specifically to focus on DM and ICo involved in song production and instinctive behavior while also possibly exploring virus injection consequences
concerning this circuitry, hormonal input from a different brain region to the PAG-type system, and studying the neurotransmitters involved as well.

Studying the brain has always been of interest to me, and getting involved with a song system and relating it to homologues in mammals via various skills in the lab has been something I could imagine before. I can look back and tell my future self to not always listen to what is generally said because Marc and I would not be talking about neuropsychiatric conditions if it wasn’t for my denial on accepting his word during the Zoom meeting. I can also tell myself I not only know the Urban Dictionary definition of DM but a different one as well.

I want to thank Career Services for allowing me to dive into what I am passionate about. With this fulfilling experience and new knowledge, I plan to be in the Schmidt lab for all of my undergrad and explore more of what makes the brain the brain.

This is part of a series of posts by recipients of the 2022 Career Services Summer Funding Grant. We’ve asked funding recipients to reflect on their summer experiences and talk about the industries in which they spent their summer. You can read the entire series here 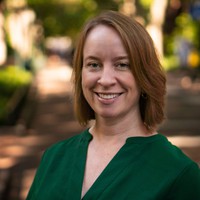