From Founder to Executive Coach: How to Change Careers at 32 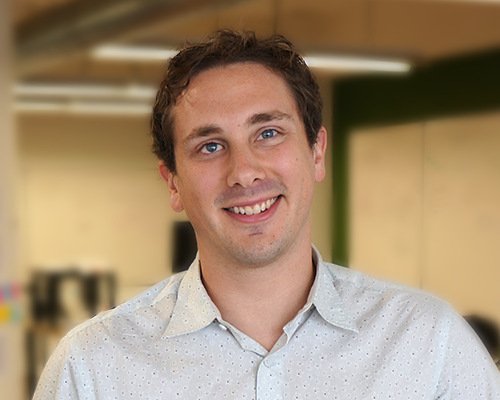 by Nathan Parcells (COL ’09) Nathan is a former founder and current executive coach at Sharpend Coaching. Nathan focuses on “Co-Founder Communication” and works with startup founders backed by Andreessen Horowitz, Learn Capital, Struck Capital, and more. Outside of work, Nathan is an active hiker, rock climber, reader, and explorer.

When I was a sophomore in the college (Economics and International Relations, ‘09), I got swept up in the typical Penn summer internship hype. I applied to finance and consulting roles, before landing a summer job at Arnold Worldwide, a large DC marketing agency.

By senior year I was heading down another common undergrad path–I took the LSAT and was applying to law schools, when an unexpected opportunity took me in a new direction.

A close friend of mine was starting a tech company. This was in 2009, well before heading to San Francisco post-graduation and starting a company was a well-trodden path. My co-founder and I spent the next 6+ years growing our business. We raised over $20 million in capital, grew our team to 25+ employees, and eventually sold our company to another player in the space.

Entrepreneurship was gritty and rewarding; and, it was a career path not advertised in a job posting. This was an early lesson for me–when building your career it’s important to take early risks and explore the paths that feel right to you.

After 6 years of being a founder, I was exhausted and once again figuring out what to do next. While I was respected as a marketer, part of my exhaustion came from not enjoying running marketing teams. When I was honest with myself, I knew that marketing was not the right long-term career for me.

From Founder to Executive Coach

A few years into our startup, one of our investors encouraged my co-founder and I to work with his preferred executive coach.

“Coaching” was something I knew little about. My coach (who is not a therapist, nor a consultant) helped me reflect on my strengths and weaknesses, identify limiting beliefs and grow as a leader–all things that I badly needed to do as an overwhelmed 25 year old trying to run a company.

At some point, I realized that this deep 1-1 work with founders was exactly the type of impact I wanted to have on other founders and the skills required to be a coach, were skills I was naturally good at.

Even after having this realization, changing careers at 30 wasn’t easy. Becoming a coach required an intense amount of training, giving up my salary as a VP of Marketing, and launching into a new and unpredictable career.

Making this change, like all big life changes, required both self-reflection and a leap of faith.

To help me assess if this was the right choice, I talked to people I respected about why I was interested in coaching and listened to what they said back. I completed an introductory coaching workshop with the Coach Training Institute (CTI) to get a feel for how coaching works. And,I brought on clients to begin working as a coach part-time to try it out before going all in.

Finally, in 2015, I made a decision. I quit my marketing job, announced that I was becoming an executive coach to friends and family, and leapt into the unknown.

I now lead an organization called Sharpend Coaching. I partner with a handful of VC firms and I work with co-founders in their portfolios to help those founders build stronger business partnerships and improve their interpersonal communication.

I find myself excited most mornings (but not all) and I’m certain I’ve found the right job for me. Similar to being a startup founder, executive coaching was not a path that could be found on a job board, but through the process of taking calculated risks, then reflecting, then jumping in again, I found my way to a career I love.

If you are interested in entrepreneurship, coaching or career changes, don’t hesitate to reach out to me at nathan@sharpend.co.