A Deeper Understanding of the Consumer

This entry is by Nicole Schreiber, COL ’22 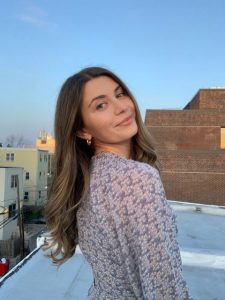 I had an excellent time working in Jonah Berger’s research lab this summer.

As a Los Angeles native, I have always had an appreciation for the impact of entertainment and fashion on our daily lives. However,  despite the crucial roles that music, movies, and fashion play in our society, my peers said I had “no chill” for believing that they shaped our culture.

My interest in how these factors shape our culture and consumers led me to declare an Economics major at Penn. With the Economics major, I was confident to pivot my summer job from a tennis camp counselor to a financial analyst. However, I realized that as a financial analyst I rarely engaged in aligning corporate strategy with the consumer. I gathered that there were two reasons for this:

1) I didn’t have an academic background in consumer psychology to understand the consumer.

2) My role as a financial analyst wasn’t inherently tied to the consumer.

From these deductions, I knew that for my junior summer I wanted to gain a deeper understanding of the consumer under the mentorship of Jonah Berger. I found Jonah Berger’s research the most interesting after searching for professors who combined consumer psychology topics with a programming skillset. Professor Jonah Berger’s research based on natural language processing to explore subjects relating to the word of mouth and social influence would be a great fit.

It was valuable to see the similarities of automated analysis as similar to a diversity indicator I conducted at Causeway Capital a summer ago. I researched whether gender diversity impacts a company’s performance. While Jonah Berger’s dataset had lyrics from 258,937 songs from 1965 to 2018, mine were counts of female board members from 2,327 companies in the ACWI index from 2015. Although some company performances increased significantly when separated by country and industry, I found that close reading lifted more questions: Why did company performance increase when 3+ women are seated at the board? Does this relate to the idea that a critical mass of women is required to ensure that the female director doesn’t experience the effects of tokenism?

With its relation to my newfound interest in consumer psychology, Jonah Berger’s research piqued my interest in even more ways. I found it interesting how misogyny was measured through the likelihood of women being linked with desirable traits (not only warmth but also competence). I wonder how, though, this relates to the consumer, or in this case, the listener of music. For example, the somewhat new empowering female rap genre made up of Cardi B and Megan Thee Stallion may not be considered textually “competent” or “warm.” However, many female listeners understand their songs to be empowering and liberating. Since 1965, all the songs in the dataset were released at a time of increased women’s rights milestones. With each milestone granting women more freedoms, could misogyny be measured as to how much female freedom is celebrated as opposed to their desirable traits? (See milestones below).

In conclusion, after conducting research under Jonah Berger I will not only think about how behaviors within these industries catch on, but also in what social spheres allow for the most spread.